On the peak of Christmas, we announced PHASE 2 line-up for the festival which brings together our big international #TranceFamily in the Netherlands for a heavenly “flight in the sky” under the trance sounds ♥

Also this time we have some exciting surprises like producer sets and longs classics, which we hope will make you as excited as us and you will join us in the summer! 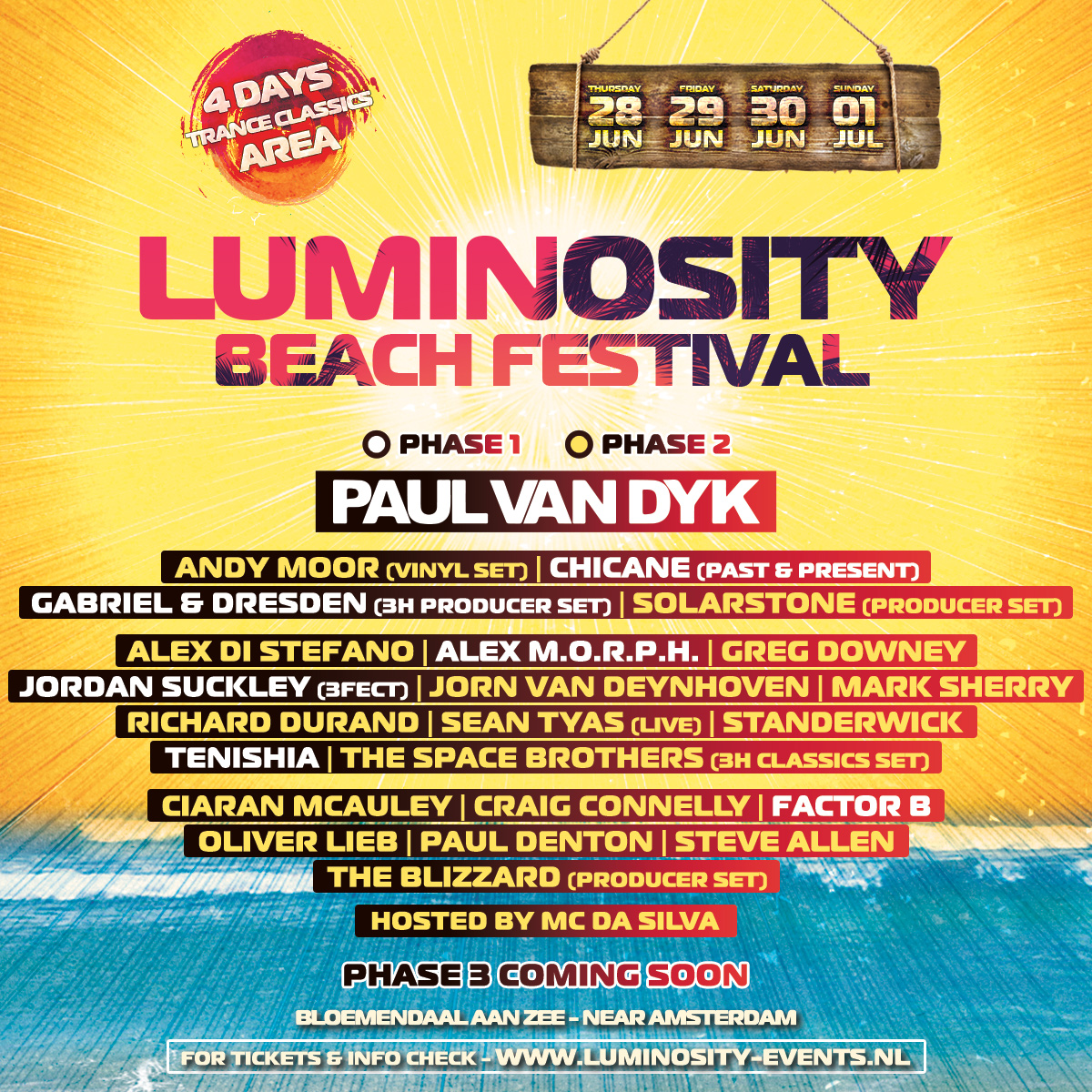 We are glad to see some of the most excited reactions from you on our facebook page:

More names are coming soon! Until then, may the TRANCE be with you :))))

You don't have any upcoming events.

SAVE THE DATE: LUMINOSITY AT THE BEACH August 21 - 22 at @BeachclubFUEL, Bloemendaal Aan Zee Line up and more information soon! Tickets: luminosity-events.nl/tickets pic.twitter.com/IHyuScQ9Ee

One more week before @PAULVANDYK's "Guiding Light" album tour in Amsterdam! We're super excited for this party! What about you? Check out Facebook page to see how you can win the brand new #GuidingLight album on CD! facebook.com/LuminosityEven… pic.twitter.com/k4n4i4UOGQ

Happy birthday @SandervanDoorn! 🥳 And this year we will see him twice at the beach! He's playing a #PurpleHaze set, but also a special #SanderVanDoorn classics set! Which tracks do you really hope to hear him play at #LBF20? Tickets 👉 luminosity-events.nl/tickets pic.twitter.com/AZe2pB3DIo

Are you ready for @PAULVANDYK’s #GuidingLight album party at the @QFactory_Adam on March 7? We can’t wait fort his one! Supporting DJs will be @alexmorph & @SaadAyub! See you there? Don't miss out and get your tickets @ bit.ly/2Sfydi1 pic.twitter.com/Vnxi9DCvgt